It was on the 28th of October, the eve of Jake’s twenty-eighth birthday. The night was cold and foggy. He was walking home by himself in a dark street where no lights could be detected. Once he got back to his house, he, as always, laid down on an old couch that was filled with blood stain. The moon cast shadow on the wall and the cold wind made the windows rattle. The basement door was covered with all different kinds of chain locks and the keys had vanished as if they never existed in the first place. He did not move from the couch and gradually lost his breathe.
Few years later, he was heading to his work just like a regular day. He turned to the corner of the street, bought his double-shot espresso, and arrived at work every day on the exact time. He remembers how many buildings he is passing by every morning and knows every child in Kennedy Middle School. However, he noticed a 11 year old boy named Ingram sitting on a bench devouring two popsicles on his hand within thirty seconds. He had never seen him before so he sat on a bench and asked Ingram, “Do you know Henry? He goes to Kennedy Middle School. Do you guys know each other?” Ingram did not say a word and finally opened his mouth after fifteen minutes. He replied, “Yeah, I know him. But he doesn’t know me.” “Actually, nobody in my class knows where I sit. Even the guy who sits right next to me.” He wondered and asked again. “Why not? I mean…” Ingram answers, “It’s fine. I really don’t care. That doesn’t really matter to me much.” Ingram stood up and left the place. Jake shrugged his shoulder and head back to his office.
Jake remembered the place when he first saw Ingram. The next day, and the day after, every time he passed by the middle school, he can see Ingram drawing skulls on a playground sand. “Why are you drawing dead people’s face?” Then, Ingram answers. “Because they are keep asking me questions and I am trying to ignore them.” Jake quickly looked around and asked Ingram where those people are. Ingram says, “There are some who do not know where they are heading. They are just wondering around until they realize what they were doing.” Jake carefully asks Ingram, “What happens when those people eventually realize everything?” Ingram hold a big breathe and exhaled. Then he says, “They are going to get assigned to different bed and will rest forever.” At that moment, Jake slightly recalls his memory of his past about the dark house that he used to live. But, from there, he could not remember further.
On the 29th of October, it was Jake’s 38th birthday. Ingram visited Jake’s house and congratulated him. It was the date that they met each other for exactly 5 years. Ingram opened his heart and started to tell Jake about everything. He finally confessed that he could see all the dead corpses walking all around the places and talking. He tells Jake that he can see someone behind the sofa, in a bathroom mirror, and in his empty closet. “I’ve been seeing those people for decades, but I can always feel the same dark atmosphere that tries to oppress me.” He demonstrated his fear every time when they asked him questions. But he added, “I also had that moment when I first met you, Jake.” 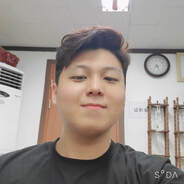 "What does not destroy me, makes me stronger."