Everyone dies, all but him.
It all date back to the day when a meteor hit the northeast wall of the Grand Canyon. It was right at the time when the darkness surrenders, and the first beam of sunlight bid the stars to take their nightly rest. While the golden ashy flasks fall from the sky, a coherently disastrous crushing wakes up the sleepy forest. As the pieces from the meteor finally settles, came through a weep of child.
Before the media and first responders arrive, an old couples walked out from the cave near by with a shaky cane made out old rattans.
“That was fast”, said the old lady.
“This is stupid, when is this ever going to stop?” Said the old man with a low and grumpy tone.
“Look at the bright side!” she said in delight, “God provided us a great shelter that is keeping us alive through days of meteors.”
“Ha,” he looks at her in sarcasm, “if He really cares, he would have stopped dropping these s**t on us.”
“I am sure He is just testing our faith.”
“Whatever, let’s just go, I’m not done with my pie yet.”
“Wait, do you hear that?” The old lady yelled with surprise, “it sounds like someone is crying!”
“I’m sure that’s just hell calling you over, let’s go.”
“No wait, I’m sure someone is over there, let’s go check it out.” Just as she is saying that, she raises up her hand and pull on the extra fabric that wasn’t completely tucked in his pants. Just when the resistance comes, she pulled harder and raised her eyebrows a little, gave him a look.
“Fine…fine.”
As they walk towards the weep, a bright color become more and more visible through the big hole with smoke waffling through.
“It’s a little boy!” The lady screams, “why is there a little kid here?”
“Who cares,” the old man rolled his eyes, “let’s go back home, I want to finish the pie.”
“He is still alive, we should take him home with us.”
“No, we shouldn’t. I ain’t got a single grain for this piece of s**t.”
“Oh common, I’m sure this is a mission God is giving us. Plus, with a kid in house, I might be more motivated to make pastries more often.”
“Whatever, just keep in mind that I ain’t gonna take care of nothing.”
“Sure deal!” She says while grabbing the child and bring him to her chest. “You name will be Theos.
On this brilliant autumn day, the old couples walk through the colorful trees and find their way home.
One, five, ten autumns have passed. Theos is now a teenager. The old lady loves him dearly, as of his father, well, he could care less. Soon enough, winter came. The old couples laid on the couch, holding their mug of hot coco, listening the news on the radio. Theos, sat lonely on the staircase, waiting for them to go outside and play with him. Suddenly, a green light flash on his face. He looked up and see a floating plate that is spinning midair. The light on the bottle of the hollow space area turns red after shooting on Theos for a while. Soon after, the machinery voice start speaking “Object Identified.”
As supper comes, the old couples waited on the dinning table for a while, but Theos is still not there.
“Let’s just eat, who cares about that brat,” The old man complains.
“No, we have to say grace together, I’ll go get him.” The old lady says as she stands up.
After she took a few steps towards the stair case, the old lady screams and right after, comes a loud bang, something has fell on the floor. The man turns around, he immediately stands up as he sees his wife laying on the floor. He walks towards his wife, turns his face slightly left, and the image he sees will be the last thing he sees in his life. A bundle of skins, and a puddle of blood. 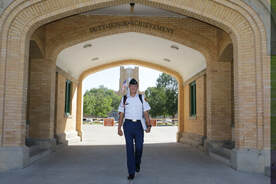 Harrison Yu is a young and passionate guy. He likes adventure and seeks happiness in life. All in all, he is just another guy, chasing another dream.